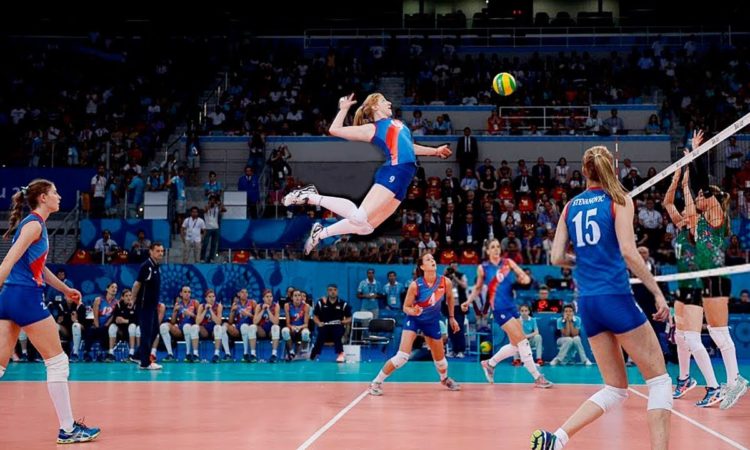 As volleyball players get even more focused on their game and participate bigger competition levels, they’ll realize that focusing on particular positions becomes an important component of their training and game. Higher-level volleyball teams start integrating particular skill sets, in which every player carries a certain part to play.

Let us break down the player positions in this guide.

The outside hitter – also called the left-side hitter – strikes coming from the left antenna and needs a person having great jumping skill.

The outside hitter is usually the center point of the offense and finishes the majority of the attack strikes. They should have the ability to adapt to sets originating from any location, and also strike from the back and front rows.

In defense, they generally get the serve. A lot of outside hitters have excellent back row abilities and stay in the game for any rotations. Also, they work along with the middle hitter on blocking opponent’s hits.

This role – also called the right-side hitter – works close to the right antenna. Opposite hitters are usually players who’ve got the best flexibility and could excel both in offense and defense. The opposite hitter must also have strong jumping abilities.

Opposite hitters should be capable to strike the ball coming from the back and front rows. Also, they have to be prepared to set the ball in case the setter no longer can do it. Defensively, they get in line towards the opponent’s outside hitter and should be able to assist the middle blocker in blocking.

This role is basically the quarterback or point guard of your team. The setter works on the team’s offense. They seek to get the 2nd touch, setting it for the striking player. For this task, they must have great communication abilities since they lead the offense and do instant decisions inside the court.

The setter must be able to determine the opponent’s blockers and pick out which player is the weakest.

Given that they could play in both the front or back row, setters must be prepared to block, dig and get a serve in defense.

This part is called either the middle blocker or middle hitter. The team’s tallest player is likely to perform here. Their extra height can certainly help the player succeed in this function.

In defense, the middle blocker blocks the middle spot of the net and must be prepared for the opponent’s fast center strikes. However they must also run to both sides to assist teammates close blocks along with the opposite hitter as well as outside hitter.

In offense, they play close to the setter in order to do quick strikes. The middle hitter should manage to read the setter and adapt their strategy to make the most of their strike. They could also work as a decoy in order to confuse opposing team and distribute their blockers.

This role concentrates at defense. Liberos simply perform on the back row and usually get the serve or strike. Players having great passing and defensive abilities are the most successful in this role.

In spite of this, liberos also perform a vital role in offense. They must be capable to turn the first touch to a good pass into the setter. Also, they should set the ball coming from the back row in case the setter can’t do it.

Liberos could come inside and outside of the game as required and don’t count number from the team’s substitutions. Additionally, they wear completely different colored jerseys in order to differentiate themselves from their teammates. However there are a few things a libero no longer can do. They can’t block, set an attack coming from the front court or strike the ball right above the top of the net.

Error: Error validating access token: The session has been invalidated because the user changed their password or Facebook has changed the session for security reasons.
Type: OAuthException
Subcode: 460
Tweets by avpbeach